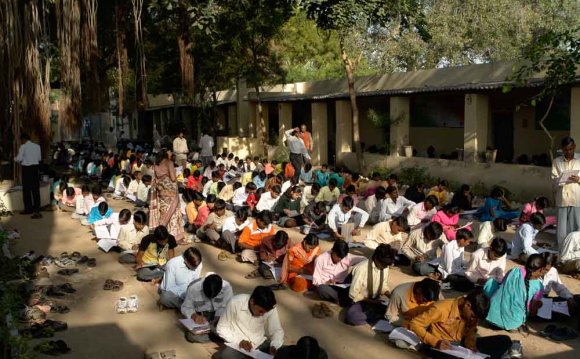 Awareness of the environment is, of course, not a modern concept. Human beings have been concerned with it since quite ancient times when human activities began to have a noticeable effect on their surroundings. For example, there was depletion of forest lands for timber and fuel, overgrazing of pasture lands, soil erosion due to intensive agricultural practices, air pollution due to wood burning, water pollution due to human and animal waste and so on. There is mention in ancient texts of people being forced to leave their homelands due to loss of sustainable forests or pastures, and of edicts issued by various rulers to protect forests and wild-life. It is known that as forests were depleted on the European continent, the Greek and Roman civilizations began to make limited use of solar energy as an alternative to wood fuel. In India and China, farmers practiced crop rotation and other agricultural methods to counter soil erosion.

From the middle ages to the industrial revolution, with the growth of urban populations in cities and the development of technology, public health began to be a concern. With epidemics of plague, typhoid and cholera wrecking havoc, people began to be more concerned with the need for clean water and better sanitation. At the same time, the sources of pollution increased, with industrial waste being dumped in water bodies and smoke from industries leading to high smog levels.

In more modern times, from World War I to the present age, with all the technological advances made, the scope of a modern person's environment has expanded and, with it, the levels of air, water and soil pollution have only gone up. As well, we face a risk of nuclear waste contamination and the increasing problems of ozone depletion and global warming. Modern wars have also brought about several environmental disasters.

The overall impact of these problems has been felt through drastic climatic changes, and there is more need than ever of public awareness of the impact of collective human activities on the environment. The establishment of the Environmental Protection Agency in the USA in 1970, and the signing of the Montreal Protocol in 1987 have been steps in the right direction, but much more is needed to balance issues of economic development with environmental conservation. By understanding the meaning of environmental science and your role in it, you could take appropriate measures to ensure that you lessen your carbon footprint and help preserve the planet for future generations.

Extraction and Processing of Minerals & the Environmental ...