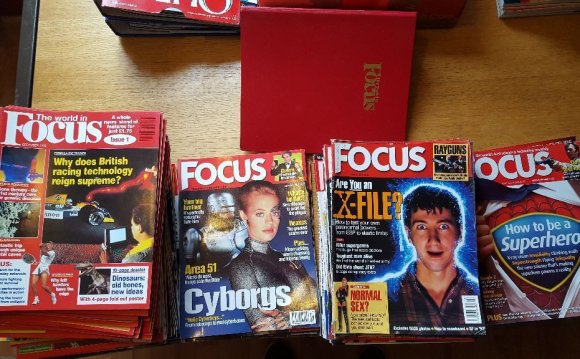 Could tiny quantum dots grown in solution make solar energy affordable for everyone? Researchers at the new Los Alamos Center for Advanced Solar Photophysics are exploring that tantalizing possibility.

Every day that goes by, greenhouse emissions from fossil fuels increase the pace of global warming. At the same time, the sun is dousing the planet with thousands of times more light energy than is needed to sustain modern civilization. The solution to global warming would seem to be a no-brainer. Just harness the power of the sun’s rays and leave carbon emissions behind. If only it were that simple.

The most direct way to convert the sun’s rays into electric power is with a solar cell—a thin wafer of semiconductor material sandwiched between two conducting terminals. When light strikes the cell and passes into the semiconductor, a voltage develops across the solar cell like that in a standard battery. A wire placed across the terminals allows the voltage to drive a current that can power a load. A detailed description is in “Photovoltaics: Converting Sunlight to Electricity, ” on the next page.

Crystalline silicon, the poster child of the electronics industry, was the photovoltaic material used in the first modern solar cell. That cell was invented at Bell Labs in the 1950s, an unexpected spinoff of transistor development. Today, these Generation-I cells, now made of crystalline silicon wafers, are the most popular cells on the market because of their efficiency.

A Generation-I cell converts up to 25 percent of the incident solar power to electric power (25 percent power-conversion efficiency). Installed solar panels (hundreds of Generation-I cells wired together) have a power-conversion efficiency of about 15 percent. That’s very encouraging. When the sun is overhead, each square meter of a solar panel receives, on average, 1, 000 watts of solar power, which means solar panels covering 30 square meters (only a portion of a typical roof) produce enough power (around 5 kilowatts) to run a small household.

But Generation-I panels also have a problem: cost. Solar panels for that 5-kilowatt household cost around $15, 000 and up, and the whole system, including storage batteries for standalone systems or power connections for the electric grid, double that cost.

Unfortunately, it’s the crystalline silicon wafers in the Generation-I cells that make the solar panels so expensive. Elaborate processes and lots of energy are required to grow large, perfect single-crystal ingots of high-purity silicon, which are then sliced into paper-thin (200-micron-thick) single-crystal wafers (a micron is a millionth of a meter). In the world of electronic devices, 200 microns (500, 000 atoms) is very thick and, by industry standards, very expensive to produce.

Scientists have brought costs down in Generation-II cells by abandoning the “thick” single-crystal wafer and instead going tothin films of different kinds of photovoltaic material, for example, amorphous (noncrystalline) silicon or cadmium telluride. Reducing the amount of material in each cell reduces the fabrication cost, but then the cells also become less efficient. Either they absorb less sunlight, or they are less efficient at transporting the charge carriers to the terminals. So while the public’s interest in solar is growing, as long as electric power from solar photovoltaics remains many times more costly than power from fossil fuels, solar photovoltaics will likely remain a minor player in the energy sector. The challenge is to identify an approach that is both cheap and efficient.

Los Alamos’ Victor Klimov and other scientists worldwide are betting that intensive research in the next two decades will produce a quantum leap forward in solar technology, one that will create the higher efficiency, lower-cost Generation-III solar cells people have been waiting for. Klimov sees the possibility of photovoltaic cells with efficiency above 20 percent and a price low enough to compete with the cost of oil and coal. To develop such things, he’s turning to novel physics at the nanoscale.

Klimov has just become director of the new Center for Advanced Solar Photophysics at Los Alamos, a collaborative effort with six other institutions: the National Renewable Energy Laboratory (NREL) in Colorado, Rice University in Texas, the University of Colorado, Colorado School of Mines, the University of California at Irvine, and the University of Minnesota. The center is one of the 46 Energy Research Frontier Centers funded by the Department of Energy to do high-risk, potentially breakthrough research for making renewable, carbon-free energy available and affordable across the globe. Of those 46 centers, 13 are devoted in whole or part to harnessing solar energy.

Klimov says, “Our center is focused on semiconductor nanostructures, mainly nanocrystal quantum dots because they’re cheap to make—and that’s because they can be grown and processed in solution.” Klimov is a world leader in the physics of quantum dots, tiny specks of matter that each contain from 100 to 10, 000 atoms and extend only 2 to 20 nanometers (billionths of a meter) in each direction.

Nanocrystal quantum dots have a number of properties that fit right in with the needs of photovoltaics. First, they are easy to grow and process. Jeff Pietryga, a leading chemist on Klimov’s Los Alamos team, and other chemists at the center have refined the methods for growing nanocrystals in solution, achieving excellent uniformity in their size and composition. Making a uniform film of these can be as easy as pouring drops of crystals in solution onto a spinning surface and allowing the fluid to spread and dry. Such films can be much cheaper to fabricate than ordinary semiconductor thin films, which require expensive deposition techniques.

Second, a thin film of nanocrystals (50 to 100 nanocrystals thick) can absorb as much light as the standard single-crystal silicon wafer, which is 1, 000 times thicker.