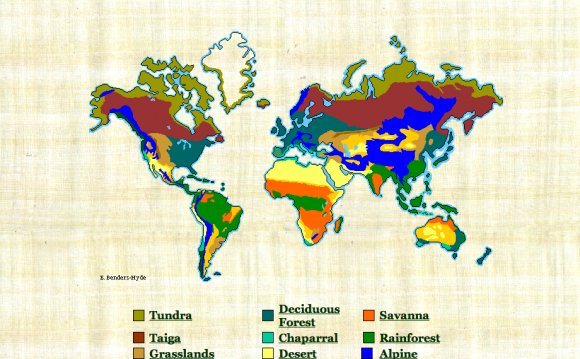 Graphs are one of the most common and important ways scientists communicate their results. Learning to understand graphing techniques—the language of graphs—will help you better understand this book.

Below are two graphs that appeared earlier in this chapter. Often we pass quickly over graphs like these that appear in text, but usually it’s also rewarding to investigate them more closely, because their relationships can raise interesting questions. Answer the numbered questions below to make sure you understand the graphs shown.

First let’s examine the parts of a graph. Usually there is a horizontal axis (also known as the “X-axis”) and a vertical axis (the “Y-axis”). Usually, in the relationship shown in a graph, one variable is thought to explain the other. So for example, as timepasses, the size of our ecological footprintgrows. In this case, timeis an independent variablethat (at least partly) explains changes in the dependent variable, footprint.