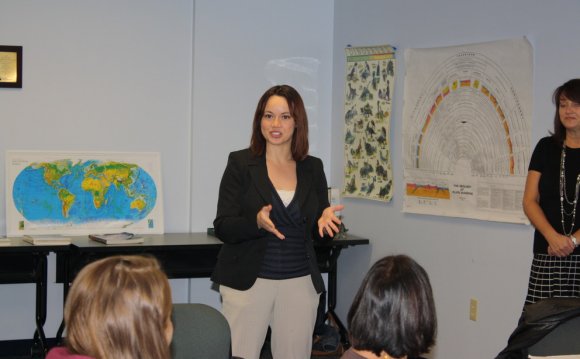 Because of their broad training in the fundamental sciences, math, and natural phenomena and processes, Earth Scientists are employed in numerous ways.

So diverse is the range of employment in this field, it is difficult to summarize the multitude of career paths available to earth science graduates. Below are some general characteristics of careers in earth and environmental sciences. The following fields are by no means exclusive, and many earth scientist careers merge two or more of these fields together in their work.

Generally, geologists are interested in the nature of the Earth (as well as the other terrestrial planetary bodies) as it has developed over its 4.6 billion year history. Geologists typically examine surface and near-surface earth materials (e.g. rocks, minerals, aqueous fluids, and petroleum), and using the information from these materials to characterize natural processes. Geologists, like those other earth science disciplines, generally rely on keen observation skills and three-dimensional thinking. Perhaps more unique is their ability to consider the long periods of time (millions of years) involved in many of the processes they investigate.

As the name implies, geophysicists merge physics and earth science. Many work to characterize the subsurface by monitoring various forms of energy, particularly the sonic energy released by earthquakes or placed into the Earth by artificial means (explosions or mechanical vibrations). Some use the fluxations imposed by rocks on the Earth's magnetic field and gravitational pull. Others use satellite technology (GPS, radar, and satellite imagery) to observe the movements of the Earth's crust or local regions of the Earth's surface.

Hydrologists are interested in surface and near-surface water, such as lakes, rivers, streams, and aquifers. Hydrologists may characterize the physical movement of water bodies and/or their chemical composition. Many use these observations to predict changes in water systems, control impounded reservoirs and associated waterways, and help provide for suitable aquatic environments.

Meteorologists are concerned primarily with the nature and processes in the Earth's atmosphere and its interactions with the rest of the Earth system. Most people are familiar with he meteorologists and other weather broadcasters on the evening news. However, most meteorologists work "behind the scenes, " observing current atmospheric and oceanic motions and modeling their future movement. In both cases, this requires rather sophisticated monitors as well as complex computational modeling.

What Can I Do With a Major in Earth Science?