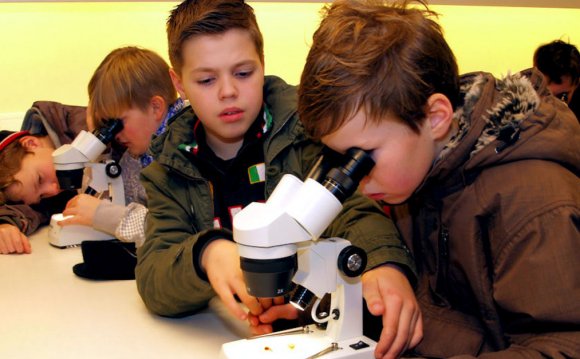 Some specimens can only be studied on-site.

For those interested in travel, a science degree can sometimes open doors to remote or exotic locations. Many jobs, such as those of the environmental scientist or forester, may offer the opportunity for some travel. Other science occupations practically guarantee that individuals who do not want to remain at home will not be forced to do so.

Archaeologists open windows on the past by finding, recovering and studying the artifacts and structures that previous civilizations or groups left behind. Much of their time is spent on excavations, called “digs, ” on which they carefully and methodically locate, document and recover evidence. Archaeologists sometimes choose to focus on a particular region, such as the Middle East or South America, or specific time period. Although some jobs are available with a four-year degree, other positions require a master’s degree or Ph.D. O*NET Online reported a median annual income of $56, 070 for archaeologists in 2011. The occupation was projected to grow at a faster-than-average rate during the decade ending in 2020, but because of the relatively small number of jobs already existing, the estimated 21 percent growth rate equates to only 1, 300 new jobs.

A number of occupations fall under the geoscience umbrella. What they all have in common is the study of the structure, actions and composition of Earth. Paleontologists are geoscientists who are often found on dig sites, recovering plant and animal fossils, including those of dinosaurs, for further study. Oceanographers devote their careers to the planet’s oceans, and some spend a great deal of their time aboard ships. Seismologists use sophisticated equipment to measure and study earthquakes. Geologists use the information contained in rocks and minerals to analyze Earth’s history. Most geoscience jobs require at least a bachelor’s degree, and some positions require an advanced degree. As a group, geoscientists earned a median annual salary of $84, 470 in 2011, according to O*NET Online, and the field is predicted to show an addition of 17, 100 jobs between 2010 and 2020.

Wildlife biologists and many zoologists devote much of their time to fieldwork. Traveling to the animals’ natural habitats allows these scientists to study migration patterns, life cycles, diseases and socialization habits. At times, it may be necessary to count the population to determine whether a species is thriving. The information obtained by wildlife biologists and zoologists is useful for environmental planners, veterinarians and ecologists. Most jobs require a bachelor’s or master’s degree. As of 2011, O*NET Online reported a median annual wage of $57, 420 for zoologists and wildlife biologists, and it also projected a slower-than-average growth rate during the 10-year period ending in 2020, predicting 5, 900 new jobs during that time.

A Private Investigator Job Will Require Travel– What to ...

Traveling Jobs With No Degree