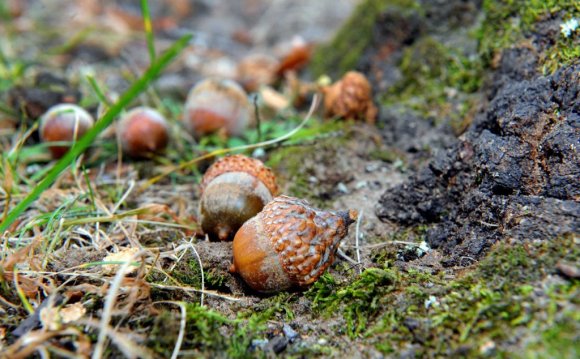 In this article we report on a regional study in the Pacific Northwest concerning the attitudes of scientists, resource managers, representatives of interest groups, and members of the involved public regarding preferred roles for research and field ecologists in natural resource management. Specifically, we examine the question of whether scientists should act as policy advocates and, if so, in what way. We also examine the factors that are perceived to affect scientists' credibility in these roles.

A series of articles in a special issue of BioScience in June 2001 reported on a symposium held at the Ecological Society of America's annual meeting in 1999; the symposium explored the relationships among science, values, and policy. In the introductory article, claimed that “contrary to prevailing opinion, the scientific community is fully engaged in politics” (p. 433). However, he asked whether that involvement comes at a “cost too dear” if those scientists who are “perceived to have a political agenda lose their credibility, and policymakers can therefore ignore any scientific information they provide” (p. 433). In a more recent issue of , argues not only that scientists should be advocates, but that “the credibility of ecologists … has been enhanced as many of them have tried to diagnose environmental ills and suggest cures” (p. 33). Although there has been much debate among scientists and others regarding the impact of public advocacy by scientists, there has been little systematic study of preferences for, barriers to, and consequences of such advocacy. and, in most instances, the debate oversimplifies the term advocacy, thereby missing the wide range of possible activities and engagement of scientists in policy and management.

Although most theorists and the public have normative expectations that the inclusion of scientists and scientific information in some way could improve the quality of complex natural resource decisions, there is little empirical research that clearly verifies such benefits. Moreover, there is growing experiential evidence that tensions between the distinct institutional needs and cultural values of decisionmakers and scientists may preclude the effective use of science in such decisions (e.g., , , , , ). Social scientists have identified and discussed these interconnected issues, yet little or no empirical testing of theoretical propositions has been done and almost no systematic data gathering has been pursued. This article reports on exploratory research that was conducted with ecological scientists and others involved in natural resource decisionmaking in the Pacific Northwest to identify preferred roles for scientists' involvement. In particular, we focus on expectations of different groups for the involvement of ecological scientists, including advocacy of preferred management practices and policies and perceived challenges to credibility with such involvement.

The emergence of the United States as an advanced industrial society has led to an increasing array of social and political problems that are highly technical and increasingly scientific in nature. The management of natural resources has emerged in the second half of the 20th century as one of these problems. Managing natural resources involves analyzing complex biophysical, ecological, and social systems in which the collection and interpretation of substantial amounts of technical and scientific information are critical. Weighing and evaluating relevant scientific information is difficult and fraught with methodological problems. Moreover, some information that is needed for decisionmaking may be unavailable or incompatible with management decision timelines. In addition, historical allocation rules are being challenged by a growing population who demand access to commonly held resources, such as forests, beaches, waterways, wildlife habitat, and airsheds, leaving many citizens frustrated with policy decisions and implementation.

In tension with the increasing complexity of natural resource problems is the commitment of the US political system to public participation in decisionmaking. Public expectations for involvement in natural resource management have grown during the past 30 years, partly as a result of legal requirements imposed by Congress (, ), including public hearings and comment periods mandated by the National Environmental Policy Act and other environmental laws. Yet communities and organizations are demanding more input into decision processes and practices of the natural resource agencies that affect their lives.

These circumstances have produced a widescale dilemma for resource managers. How is it possible to increase public involvement in decisions, thereby enhancing the democratic quality of those decisions, when management of natural resources is so scientifically and technically complex? Wouldn't such decisionmaking therefore require a more significant involvement of experts? Some observers fear that the increasing need for scientific and technical expertise will erode public willingness or capacity to understand the relevant issues and to participate in making choices about how resources will be allocated (, ). On the other hand, some are concerned that the public's growing distrust of the scientific, technical, and management communities will hinder the ability to manage natural systems. As argues, “Many people hold views that run counter to scientific belief, and often, due to their lack of scientific knowledge, or [to] the belief that many environmental atrocities have been the direct result of science, they tend to not trust scientists, who they believe have damaged their world” (p. 18). The resulting “democracy and technocracy quandary” has put scientists in the middle of social and political debates in which scientific and technical information is increasingly relied upon to provide “objective and unbiased” information that can be used to better craft acceptable political solutions (, ).