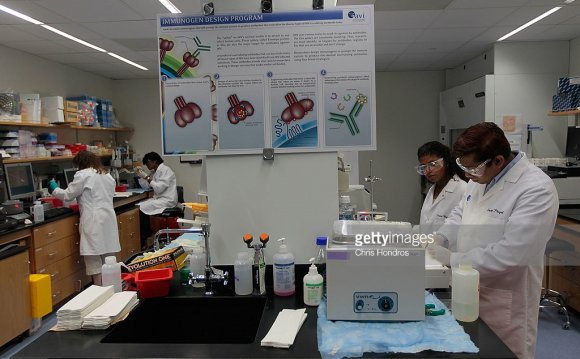 Not all of history's most significant scientists were college graduates when they began their works. In fact, history is full of scientists who have shaped the world due to their work as teenagers. If they were disregarded simply because of their age, many things we take for granted today may not exist. Through their own determination and thirst for knowledge, these teenagers impacted the world far greater than they would realize long after their deaths.

1. Isaac Newton - During Newton's formative years, it was common place for the young man to develop various devices while attending school. His devotion to studies and high marks in school were impressive to many. Although his mother attempted to make a farmer of him by removing young Isaac from school, the schoolmaster and his uncle suggested to his mother that he return to school to finish his education. Isaac Newton attended Cambridge University upon finishing school in 1661. He developed a variety of scientific methods and discoveries including those in optics and colors.

3. Galileo Galilei - While at the University of Pisa studying for a medical degree at the age of 17, Galileo Galilei became enthralled with how movements of air currents could cause a chandelier to sway in a rhythmic pattern. Setting up a set of differentiating pendulums, Galileo discovered that regardless of the size difference the pendulums kept time with each other. The young man changed his degree from medical sciences to mathematics after attending a lecture on geometry. A the age of 22, Galileo published a book on the design of a hydrostatic balance he had invented.

4. Aristotle - In the 3rd Century BCE, Aristotle had made great contributions to nearly every subject of study. At the age of 18, he attended Plato's Academy where he studied nearly every subject offered at the time. For 20 years he remained at the Academy until eventually quitting. With his vast knowledge of subject material, Aristotle had completed encyclopedias of information opening the doors for many.

5. Blaise Pascal - Did you know that your Windows-based computer system has a tool installed that was invented 350 years ago? Blaise Pascal began work on calculating devices and prototypes at the age of 16, in 1642. Although the centuries have developed calculators that are digital, solar powered, scientific, and software-based Pascal set the wheels in motion with the development of earlier versions of our calculating devices. What computer or smartphone would be complete without a calculator of some kind?