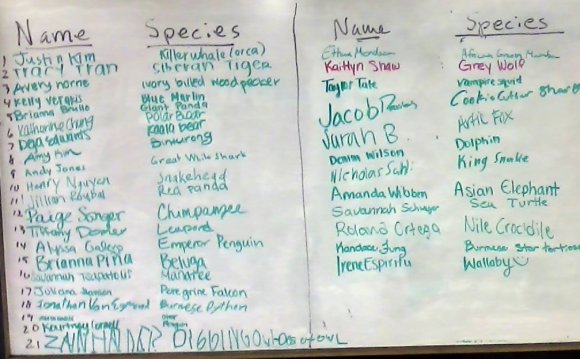 Summary: The Amazon is 5.7 million square kilometers and the largest continuous rainforest in the entire world. Since 1970, 1/6 of the Amazon has been cleared, mainly for beef, and increasingly for ethanol production. While techniques such as slash-and-burn provide a short-term boost in agricultural production, rainforest soil typically is very thin and does not support this type of agriculture over the long term.

Summary: The Rattus Rattus, or black rat, is one of the first and most widespread invasive species. It is native to India, but it has spread to almost everywhere in the world. This rat has directly caused, or contributed to, the extinction of multiple wildlife species including a variety of birds, plants and other small mammals. They’re blamed for the incredible decline in seabirds on several islands, including many Pacific island species. Additionally, the rats are indirectly the cause of the spread of the Bubonic plague throughout Europe during the Middle Ages.

Sources: Collapse: How Societies Choose to Succeed or Fail, Chapter 2.

Summary: Easter Island is most famous for the large moai, or statues with disproportionately large heads. The presence of these statues seems to indicate a renaissance-like period for the native people. However, in 1722, a Dutch explorer made contact with the inhabitants of the island. He described the island as barren, with virtually no trees and minimal agriculture. The inhabitants seemed to be struggling to survive. By the time Captain Cook arrived in 1774, many of the statues had been toppled and the population had dropped to 630.

Summary: Of all the marine ecosystems, coral reefs have the greatest concentration of biodiversity. These rich and complex ecosystems are also among the most at risk. The Great Barrier Reef in Australia has been predicted to be functionally extinct by 2050. While some of this destruction is due to tourism and poaching, there are also links to global warming and its effects on the ocean – from temperature increases to change in water pH levels.

How to Develop a Good Research Topic