Technology and the Environment articles 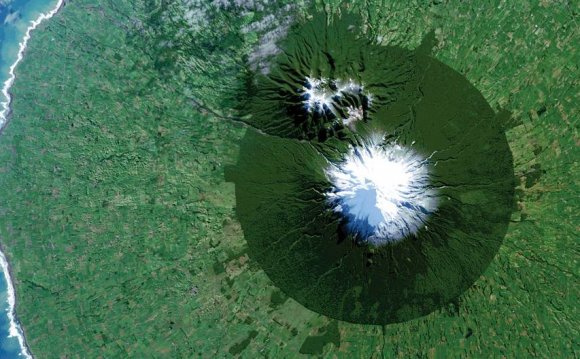 The Effects of Warfare Technology on Natural Environment

Mining and its Technology

It is said that the end of the Bronze Age began in 1200 BC, when the use of iron or metal came into the foreground as a better material for weaponry. Since then, almost every nation found it necessary to harness their environment’s iron resources to produce weapons for their warfare technology. Hence, metals even then played an important role in order for a territory or region to survive. Until mining methods were soon developed wherein mining technology had greater negative impact on the natural environment than the wood burning process that the cavemen discovered.

In the U.S., the mining industries brought acid mine drainage problems that led to a series of chemical reactions. It resulted into contamination of both surface and groundwater as natural sources of drinking water. The growth, development and propagation of fish and other aquatic life became disrupted. Waste water pipes, bridges and other metal structures submerged underwater resulted to corrosion and subsequently acid run-offs.

The Appalachian Coal Fields is the region where mining activities took place and where most of the mines produced different forms of metals. Some mines closed due to the advent of the Civil Wars in 1861-1865. Mines were abandoned and soon, the mine drainage problems surfaced with significant levels of toxic content. In fact, most of the mining industries in the Appalachian Coal Fields have since closed due to economic recession but not without leaving pollution problems. It is said that of all coal fields, Western Maryland has the most severe case of water pollution. The drainage run-offs carry acid, iron, aluminum, sulfur and other toxic substances into the nearby streams.

Inside these abandoned mines, mineral deposits became exposed to the Earth’s oxygen and resulted to chemical reactions which produced sulfide bearing mineral deposits. It later formed into a substance called pyrite (FeS2) and underwent another chemical reaction when it started to precipitate. The acid substance produced after precipitation is called "poisonous copper leachate" and it leaked into underground waterways reaching several miles and mixing with river water.

Based on this, the greater negative impact of technology, especially on land and water, all started when man discovered iron or metal as the best form of weaponry. The US may have eased down on metal mining but it relies on China for its supply of rare metal, since the latter country provides 97% of rare-earth metals bought in the world market.

Technology in Warfare – The Use of Chemicals and Microorganisms

Technology that was used for warfare brought other detriments that emanated from the manufacture of chemical weapons for mass destruction.

Large amounts of Mercury waste material was said to have been released in the environment at the time when nuclear weapons were being manufactured. TNT or Trinitrotoluol, is a known environmental hazard because of its ability and persistence to seep into the ground. The most frightening of all are the weapons of Biological Warfare which can be used even if there are no wars being waged but simply to sow terror. Infectious microorganisms in some form or substance will be released to cause death by way of diseases that will affect all living things, man, animals and plants.

It can be surmised that the accumulation of negative technological impact can be remedied by green technological concepts and change of lifestyle. In fact, everyone is encouraged to be patient and that the completion of environmental rehabilitation may take place not in our lifetime but of the future generations. Yet, whatever is being done to improve environmental conditions today can be easily wiped out with just one launch of warfare technology tomorrow, as man continues to engage in acts of war and terror. The more sophisticated the weapons, the more distressful the impact of technology on natural environment will take place.

Human Impact On The Environment