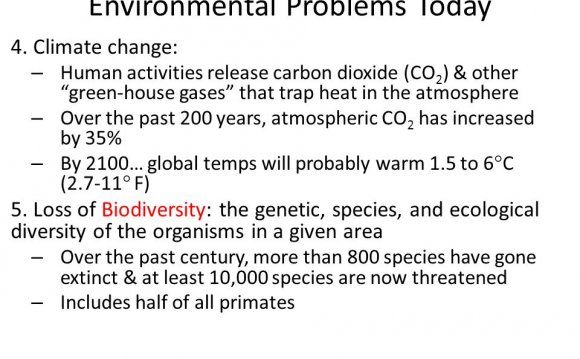 The first piece of legislation to lay down federal regulation of water quality, the Federal Water Pollution Control Act, is passed by Congress. This act, known as the FWPCA, will go through amendments in 1956, 1965, and 1972 to broaden the government’s authority in water pollution control.

In Donora, PA, 20 people die and over 600 go to the hospital after sulfur dioxide emissions from a nearby steel and wire plant descend in the form of smog, made worse by a temperature inversion that trapped the sulfuric poison in the valley of the town. The incident will lead to the first U.S. conference on air pollution in 1950, sponsored by the Public Health Service.

Paul Ehrlich (future author of The Population Bomb) enters the University of Pennsylvania and studies zoology.

He notes the disappearance of butterflies in New Jersey, which he attributes to the spraying of dichlorodiphenyltrichloroethane (DDT) during the building of subdivisions. The shrinking population of butterflies leads Ehrlich to think about potential similar repercussions in the human population.

The Nature Conservancy is established in Washington, D.C. as a nonprofit organization with the mission to protect ecologically important lands and waters around the world. Over the next several decades, the Nature Conservancy will protect more than 119 million acres of land and 5, 000 miles of rivers worldwide. It will grow to more than 1 million members, and operate more than 100 marine conservation projects.

The Paley Commission releases Resources for Freedom which details the United States’ increasing dependence on foreign sources of natural resources and argues for the necessity to transition to renewable energy. This document was one of the first to argue both for the dire need for Americans to stop their reliance on oil and for the potential of solar energy to fulfill that chasm.

William Paley, chair of the presidential commission, establishes Resources for the Future later in 1952, an organization dedicated to independent environmental research.

The Silent World by Jacques Cousteau introduces the world to underwater adventure, and ushers in a new global interest in oceanic life. In 1956, Cousteau’s documentary film of the same title will win the Academy Award for Best Documentary Feature.

President Eisenhower speaks on the problem of air pollution in his State of the Union address, and in a Special Message to Congress he calls on the Public Health Service to study “effective methods of control.”

The Air Pollution Control Act passes Congress, becoming the first piece of legislation to address air pollution. Despite its declaration to combat air contamination, the act puts regulation largely in the hands of individual states and gives no means of enforcement to the federal government.