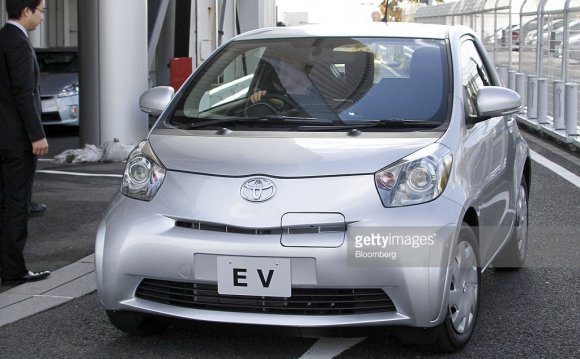 Wasteful energy policies, overuse of resources, water supply shortages, global climate change, and deforestation are just some of the issues experts say need to be addressed for humans to achieve sustainable living on this planet. By the year 2025, an additional 2.9 billion people will strain tightening water supplies, and the world\'s energy needs will go up 60 percent by 2030, according to the United Nations. LiveScience looks at 10 technologies - some old, some new, some a bit offbeat - that might help make the future a little brighter.

Make Oil from Just about Anything

Any carbon-based waste, from turkey guts to used tires, can, by adding sufficient heat and pressure, be turned into oil through a process called thermo-depolymerization, This is very similar to how nature produces oil, but with this technology, the process is expedited by millions of years to achieve the same byproduct. Proponents of this technology claim that a ton of turkey waste can cough up about 600 pounds of petroleum.

According to the United Nations, water supply shortages will affect billions of people by the middle of this century. Desalination, basically removing the salt and minerals out of seawater, is one way to provide potable water in parts of the world where supplies are limited. The problem with this technology is that it is expensive and uses a lot of energy. Scientists are working toward better processes where inexpensive fuels can heat and evaporate the water before running it through membranes with microscopic pores to increase efficiency.

Hydrogen fuel cell usage has been touted as a pollution-free alternative to using fossil fuels. They make water by combining hydrogen and oxygen. In the process, they generate electricity. The problem with fuel cells is obtaining the hydrogen. Molecules such as water and alcohol have to be processed to extract hydrogen to feed into a fuel cell. Some of these processes require the using other energy sources, which then defeat the advantages of this "clean" fuel. Most recently, scientists have come up with ways to power laptops and small devices with fuel cells, and some car companies are promising that soon we'll be seeing cars that emit nothing but clean water. The promise of a "hydrogen economy, " however, is not one that all experts agree will ever be realized. The image shows the Chevy Equinox Fuel cell, which runs on hydrogen and emits only water.

The sun's energy, which hits Earth in the form of photons, can be converted into electricity or heat. Solar collectors come in many different forms and are already used successfully by energy companies and individual homeowners. The two widely known types of solar collectors are solar cells and solar thermal collectors. But researchers are pushing the limits to more efficiently convert this energy by concentrating solar power by using mirrors and parabolic dishes. Part of the challenge for employing solar power involves motivation and incentives from governments. In January, the state of California approved a comprehensive program that provides incentives toward solar development. Arizona, on the other hand, has ample sunshine but has not made solar energy a priority. In fact in some planned communities it is downright discouraged by strict rules of aesthetics.

The biggest solar collector on Earth is our ocean mass. According to the U.S. Department of Energy, the oceans absorb enough heat from the sun to equal the thermal energy contained in 250 billion barrels of oil each day. The U.S. consumes about 7.5 billion barrels a year. OTEC technologies convert the thermal energy contained in the oceans and turn it into electricity by using the temperature difference between the water's surface, which is heated, and the cold of the ocean's bottom. This difference in temperature can operate turbines that can drive generators. The major shortcoming of this technology is that it's still not efficient enough to be used as a major mechanism for generating power.

The oceans cover more than 70 percent of the Earth's surface. Waves contain an abundance of energy that could be directed to turbines, which can then turn this mechanical power into electrical. The obstacle to using this energy source has been the difficulty in harnessing it. Sometimes the waves are too small to generate sufficient power. The trick is to be able to store the energy when enough mechanical power is generated. New York City's East River is now in the process of becoming the test bed for six tide-powered turbines, and Portugal's reliance on waves in a new project is expected to produce enough power for more than 1, 500 homes. Here the Wavebob, a buoy system capable of capturing the ocean's power in the form of offshore swells is pictured.

Leveraging the Latest Technologies in the Modern Sales ...

Latest technology in India to save trees l Go Green